¬†Don’t kiss the ones with the veils or you are dead- they are all men .¬†¬† You’d wear a turban and veil if you were out in the blazing sun at the center of the equator, and the blue color is¬† to ward off against¬† “the evil eye”.

¬†Before you ask yourself¬†¬†¬† “Why has this chump of a hookah blogger added the film scene to watch?”¬†¬†¬† let me assure you, as a hookah smoker you are in for a treat!¬†¬† I don’t want to give anything away.

¬†¬†¬†¬† This scene is un-typical to the rest of the film, which centers on the Berber Sahara Desert nomads and their struggle against European and later American Empirealism, and¬† while Sean Connery in his earlier days dominates all the other film’s scenes, here he is only a small part. (Watch the rest if you want, its terrific).

¬†¬†¬†¬† But as a HOOKAH smoker, get a pipe ready and watch this, you¬† will be in for the shock¬† of your life!

(Do I dare give away enough to persuade you to watch?)¬†¬†¬†¬† The¬† hookah portion is in the last 4th of the clip, but if you miss the beginning of this scene 8, you will miss my whole point which is¬† :

“Hookah smokers are cool under pressure”

¬†I would suggest seeing all of this 1975 film which is done in very good taste, is exciting all through.¬† Don’t let the fact that it was done 35 years ago throw you. Technically its great, the photography is superband the story fascinating.¬†¬† A good chance to see the Berber Nomad’s side of the story. ¬†¬†¬†¬† This film besides being historic and¬† scenic¬† shows the nobility of the Berber nomads who¬† are the main tribesmen in the Sahara.¬† When you think “Desert Nomads”¬† think Berber.¬† They are not classified as Arab, but are Muslim , though they¬† fought quite hard against Islam in the beginning.

From info by the downloader to YouTube¬† :

¬†“In 1904, Morocco is the source of conflict by the powers of Imperial Germany, France, and the British Empire, all of whom are trying to establish a sphere of influence in that country.

¬†Mulai Ahmed er Raisuli (Sean Connery) is the leader of a band of Berber insurrectionists¬†¬†¬†¬† opposed to Sultan Abdelaziz and his uncle,¬†¬†¬†¬† the Bashaw of Tangier, whom Raisuli sees as corrupt and beholden to the Europeans.¬†¬†¬†¬†

Raisuli then issues an outrageous ransom,¬†¬†¬† ¬†deliberately attempting to provoke an international incident in order to embarrass the Sultan and trigger civil war.

Back in the United States, President Theodore Roosevelt (Brian Keith) is struggling for re-election, and decides to seize the kidnapping as both a political tool (coining the phrase “Perdicaris alive or Raisuli dead!”) and as an effort to flex America’s military muscle as a new power – despite the protests of his cautious Secretary of State, John Hay (John Huston).

The American Consul to Tangier, Samuel Gummere (Geoffrey Lewis), is unable to negotiate a peaceful return of the hostages, so Roosevelt sends the South Atlantic Squadron, under the command of Admiral French Ensor Chadwick (Roy Jenson), to Tangier, either to retrieve Perdicaris themselves or to force the Sultan to give in to Raisuli’s demands.

¬†Over the course of time, however, Roosevelt finds himself gaining more and more respect for Raisuli, thinking of him as an honorable man who just happens to be his enemy.

Get an Arab scarf- so many patterns and colours to choose from at “Smoking-Hookah.com”

An amazing music video by the Finnish heavy metal-classical musicians who are all long haired and blonde dressed as Tuareg Berber nomads playing cellos in the desert with the gorgeous Linda Sunblad singing and a mystic ending fits well here. 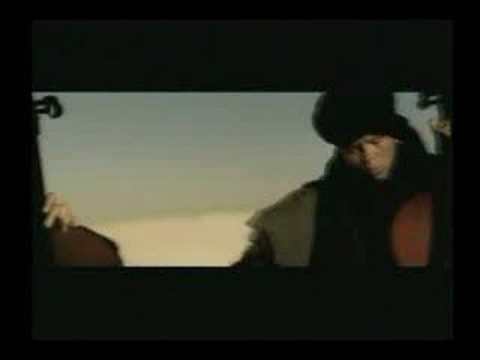