I’m not writing this because I wanted to add onto the hose info, but here anyways I must mention something along those lines.

With the tin (as in cans, containers) of shisha 200-250 or if you are even luckier the 500 gram and kilo variety you must remember what you learned in 6th grade science; that liquids¬† as in water, glycerine and everthing liquid ( but oil when placed on water) will flow to the lowest level. Why? No scientist can tell you why, you’d have to be the creator of water to explain what the scientists call “an obsevable behavior pattern) that is, in everthing liquid we see that it flows down to the lowest level when going through solids, unless it evaporates , turns to gas and raises skyward.Therwise, how do we explain that oil which is much heavier than water….rises to the top.Go ask its Creator “why” though in Torah this is well explained in the Kabbalah and other mystical teachings as a miracle.And why.Actually ALL nature is a miracle which we have gotten used to¬† seeing as a visual obsevable behavior pattern, as in the chloryphyll in plants turning to energy by the sun’s solar energy.

What does this mean for hookah smokers?Simple, that your glycerine in the honey, tobacco and glycerine mix will go to the bottom of the can as you sleep, breath, eat and smoke your new hookah. Ergo, you have to open the can, smell the shisha and thank whoever it is you thank that you have some, then proceed to mix the bottom which will be of much ¬†more glycerine content than the top to get an even smoke for now, and not to smoke too much glycerine later.

Second tip. Don’t do what I just did, but after mixing and preparing my bowl, coals and smoking, I realized that the hose was previously used for smoking mint, which overcomes my cherry taste! Change hoses.Its not a bad free¬† mint mix but not what I wanted.

you know this too

This grande finale will “bowl you over” 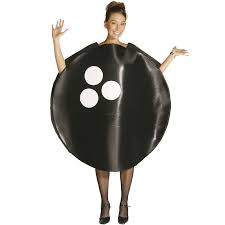